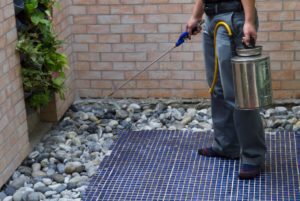 Snakes and humans harbour mutual dislike and distrust, more often than not.

The only time when we both might tolerate the sight of each other without trying to attack is when there is a barrier in between – a snake trapped in a glass cage or showed on a screen.

Going Neanderthal on them isn’t a smart move because then you’ll have pests to deal with; it’s a hard fact that the creatures play a vital role in our ecosystem.

Luckily, there are plenty of tactics that don’t involve blood and gore, yet are effective at keeping these unsettling creatures away from your premises. We have discussed them below.

Best Things to Keep Snakes Away

The best thing to deal with a problem is the one that doesn’t have harmful repercussions. Therefore, instead of going all murderous on snakes, use non-lethal ways to banish them from your territory. Some amicable tactics that for sure will keep snakes away are:

A wandering snake might end up on your property. There’s no need to plan its murder or some evil trapping tactic. A powerful blast from the water hose will force the serpent to leave the land.

Why should you waste money on commercial products when you can make snake repellents at home? Trust me, they really are good at keeping your property free of snakes, and that also without killing them.

Snake detest the odour of ammonia. Either directly spray it around the perimeter or soak rugs in the solution.

Now, stuff these rugs in unsealed bags and place them near possible snake entry points. The pungent smell will prevent snakes from coming anywhere near the location.

Vinegar is another DIY repellent that effectively keeps snakes away from water bodies. For instance, if you’ve got a pool in your yard or a pond nearby, generously pour white vinegar around the water source to discourage snakes.

Snakes have almost zero tolerance for the strong and pungent smell of certain things. One such thing is smoke. They abhor the smell of smoke.

Dig a fire pit close to the affected area and feed moss and dry leaves to the embers to keep them alive for a couple of days. The overwhelming odour will force them to evacuate and never think of returning.

The use of snake repellent plants is a worldwide approved method to keep the serpents from invading your humble abode.

Some plants that are known worldwide for barring snakes from entering your territory include Marigold, West Indian Lemongrass, Mother-in-Law’s Tongue, Mugwort and Indian Snakeroot.

Some of them deter snakes with their citrus and pungent smell, while others scare the creature away with their appearance.

Plants of onion and garlic are also famous for repelling snakes. They emit a strong odour that disorients the targeted reptiles. A garlic clove releases an oily residue that irritates a snake’s skin. Conclusion: they learn the hard way not to come back.

Products like “Ortho Snake B Gon” and “Snake a Way” are famous for giving you desired results without any harm.

These snake repellents use environment and eco-friendly ingredients, such as clove and cinnamon oil and other essential oils, to deter the snakes from residing near your personal space.

They are also budget-friendly and do not pose any threat to children and pets.

Why Do Snakes Visit My Property?

If you determine the variables that are attracting these slithering pests to your surrounding, you can intervene and reduce their unwelcomed appearances.

Eliminate the things that attract snakes’ favourite food, snakes will be automatically forced to hit the road in search of a meal.

Similarly, an unruly garden, piles of firewood, lumber and debris, holes and burrows in the building or yard are favourite residential spots of snakes. Seal all the hollow spaces; remove stacks of debris and wood and keep a neat garden to take away all the possible snake shelters.

What Else to Do?

If all else fails, install a snake fence around the premises. Use tightly woven and rugged mesh sheets. The fencing will fortify your building, significantly reducing snake invasion.

Moreover, if a snake disappears inside the house, especially in places that are hidden from naked eyes or hard to reach, contact animal control or wildlife service to capture the invader and transport it.

Addressing the issue yourself might agitate the serpent and force it to attack you. As a result, you’ll have a whole new crisis to deal with.

There are dozens of remedies and commercial products that promise to protect your living space from snake invasion, yet very few actually work to prevent unpleasant visits. Since most of the snake species are harmless, rather beneficial for keeping a balanced ecosystem, we discussed the non-violent tactics that have been proven to keep snakes away from your vicinity. You can also contact professional services to address the issue.