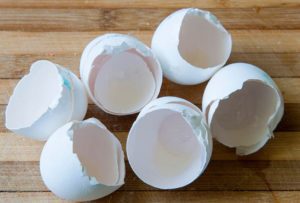 Fear makes us believe myths, and that is true. Since snakes are powerful and venomous beings, it is common why there are many theories associated with them. And back when there were no Snake repellants and snake treatment was not so common, people used to lean on trips and home remedies.

Snakes can be very aggressive and that is the reason why it becomes difficult to deal with them. Sometimes using home remedies and tips might not work if the snake has set its eyes on its prey.

While many of us usually assume that believing in home remedies is the primitive way or maybe somewhat orthodox, some treks work well. And if you want to keep snakes away you surely have heard about eggshells! But do eggshells keep snakes away?

Do Eggshells Keep Snakes Away?

There are a lot of theories and myths associated with snakes. And when it comes to keeping them off people adopt many home remedies. So for eggshells, if you crush them there is a “chance” that a snake would avoid crawling onto it. But why?

The reason is that it irritates the skin. However there is not any evidence for it and if a snake is aggressive or it really wants to, it can still manage to crawl on the eggshell that you have crushed.

As a matter of fact, snakes attract on eggshells and on eggs too. You might have heard in poems and seen in cartoons that snakes got away with snakes or ate the eggs of other birds. That is true! Snakes like to eat eggs and if there is still egg material in the eggshells a snake would most probably attract it.

Snakes like the egg as a whole. From its shell to the egg, it will swallow it which might seem creepy! However, the truth is snakes would most preferably eat the eggs of birds such as quails, finches, canaries, and chickens. Although snakes usually prefer the eggs to the shells, due to the calcium content, the snake can eat the shell as well, if it prefers.

So eggshell usually is not a good option to consider when it comes to keeping snakes away. However, there are chances when snakes might attract them. So let’s find out when and how a snake can be in the eggshells!

Snakes attract to the eggshell if

Snakes eat rodents, other animals, and – eggs! So if you have kept eggs or maybe you have disposed of them due to any reasons, there are chances that a snake will wind it and maybe want to eat it. Usually, a snake would be attracted to eggs or eggshells in chicken coops and there are high chances that it would get away with you.

Eggshell in the chicken coop

So if you have your pet hens or a lot of roosters, there are chances that there would be snakes too. Left behind eggshells in the chicken yard or in the compost heap is one of the first things to which snakes are attracted.

Eggshells in the bin

The eggshells that you throw in the bin are still a favorite meal of snakes. So the bin containing the eggshells and their residue can attract snakes followed by many more reptiles such as mice.

If you believe in tips, snakes would avoid crawling onto the eggshells but there is no proven evidence of it. Therefore, the only thing that keeps snakes away is Snake Repellents and a well-cleaned yard that is free from holes, pits, and watery areas. Moreover, you can also keep the grass short and declutter the old wood and tin which can be the reason for the snake staying in your home.