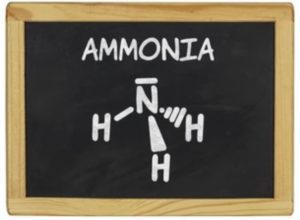 Ammonia is often used in the same sentence whenever there’s a talk about snake repellents. The compound is known for its toxic effects and horrible, horrible smell. That’s why it is one of the most famous and compelling home remedy snake repellents. See, now you can understand why do people ask whether ammonia repels snakes or not.

Famous doesn’t mean it is scientifically proven as well. That’s what we are here for today. You’ll find out shortly how effective it is in deterring these exotic slithering reptiles. Instead of giving you an illusion of security, we want you to enjoy real peace of mind. For that reason, we have provided you with alternate expulsion techniques.

Ammonia is a colourless natural gas with a pungent smell. It is an inorganic compound composed of hydrogen and nitrogen — written as NH₃ in formula form.

It is used in household cleaning products, synthetic fibres, textiles and pesticides. In addition, due to its high heat absorption quality, it is also used as a coolant in air conditioners and refrigerators.

I wish I could give you a clearcut “yes” or “no” answer. Ammonia is considered a home remedy to repel snakes, but there’s no scientific evidence to prove the veracity of the statement.

Secondly, it has a pungent, urine-like smell. This sharp odour supposedly irritates a snake and causes a burning sensation in its respiratory system. Besides, the treated place also gives an impression of a predator’s presence nearby. As a combined effect, the snake flees the snake.

The above commonly stated reasons in favour of ammonia may seem true, but they are nothing more than “he said, she said.”

The truth lies in ammonia’s usage in the manufacturing of pesticides. So, what happens is that when you sprinkle ammonia on your property, it drives the pests away. And it’s a proven fact that snakes visit houses where rats, mice, frogs and insects are present.

So, in a way, ammonia does repel snakes, albeit indirectly.

How to Apply Ammonia to Deter Snakes

People use the following DIY techniques to repulse snakes.

People mix ammonia with water and put that liquid mixture in a spray bottle. They then spray the solution on all the possible snake-inhabited spots and escape routes.

Another popular do-it-yourself snake repellent technique for ammonia is to use it in diluted form. Pour household ammonia in a container or large bowl. Take several rags and dip them in that liquid solution for a couple of seconds. Put these soaked cloths in unsealed zipper bags.

Next, place the rags near snake holes or places they often visit.

We suggest you wear a face mask and protective gloves while using ammonia for snake repelling purposes due to its harmful effects.

Why Use of Ammonia is Dangerous

The use of ammonia as a snake repellent isn’t worth trying because of the risks involved. You want to get rid of the snakes because of the threats they present. But, ammonia is a terrible method to do so. Why? Because you will expose your family and pets to poison to get rid of another could-be poisonous creature. How is that smart?

Diluted ammonia is extremely dangerous. Exposure to it can cause severe eyes, nose, throat and skin irritation. Remember that if the concentration of ammonia is higher in any chemical, it may cause death if inhaled or consumed. That’s why we advise you to not use it with children and pets around.

In a nutshell, using ammonia to deter snakes is counterproductive because of its dangerous side effects and questionable repelling efficacy.

Since snake repellent ammonia is futile, we need successful and safer alternatives. Here they are.

It seems like a challenge to scare off a creature that itself is frightening. Er…not so much. A snake can be easy startled by a garden hose. Spray a powerful stream of water from your garden hose on the snake until it buggers off.

You can also perch statues of hawks, owls or other such snake predators on poles. Install those poles in such areas in your yard where they’re easily viewable from afar.

Seeking help from wildlife personnel is without any doubt the best alternative. These specialists will easily catch a snake without compromising anyone’s safety, including the snake’s. The expert will set the exotic creature free in suitable habitat. He will also give you hacks to prevent the serpents from showing up again.

Snakes are persistent. The best way to lock them out for good is to eradicate all those elements that invite them to your abode in the first place. Food, water and private residence are their weaknesses. Make sure your house offers them none.

Consider erecting snake-proof fencing around your yard, garden and pool to lock them out.

Ammonia is popularly used for repelling snakes due to its unpleasant odour and toxic effect. There’s barely any ring of truth to its effectiveness regarding the problem. However, applying ammonia around the perimeters will give you and your loved ones health problems. This defeats the whole purpose of using snake repellent in the first place. That’s why it is prudent to prefer safer alternatives like professional exterminators and the removal of snake attractions from the area. Either of the two will help you get rid of the issue without any harm.