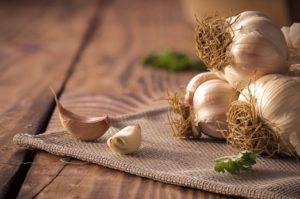 There is no doubt that snakes can pose a real threat in certain regions of the world.

Many people go for a high price snake repellent when it comes to dealing with snake invasion.

There are some smart people as well that try to mix up a homemade snake repellent instead.

The research on replies has made one thing very clear that snakes belong to different breeds, where some are dangerous as they bite with venom and others just suffocate their victims.

It’s not always obvious that snakes will attack you, instead, snakes are mostly harmless.

Still, You need to be extra careful around snakes, especially if you are unaware of the kind of species it is.

Generally, most of us just don’t want snakes to enter our property.

You can easily repel snakes if you learn how to use different methods to repel them. Garlic is one of them, read the article to whether garlic works as an effective snake repellent or not.

Is it true that garlic repels snakes?

Most reptiles are highly sensitive to smells. Snakes smell through their long tongues and you can take it as their weak point and use highly odorous repellents to clean up areas where you have observed snakes or snake activity.

So as snakes are sensitive to strong odours, therefore they don’t like the smell of onion or garlic.

Like other homemade snake repellents, Garlic is also considered one of the most common home remedies that help people to keep snakes away from entering the garden, yard, or house.

Many people agree to the fact that it irritant snakes, but there is not enough evidence available to conclude that it is sufficient to keep snakes away.

What is in garlic that repels snakes? well, the irritating effect of garlic that helps to repel snakes is due to the immense amounts of sulfonic acid found in garlic.

It’s considered the same chemical that makes people cry while chopping onions, therefore, many people use onions to repel snakes as well.

The pungent compound is best when used fresh, plus it can be mixed with other components such as lemongrass oil or rock salt to increase its effectiveness.

Is garlic an effective snake repellent?

Garlic act as a snake repellent by disorienting them. The alliinase enzymes in garlic have a toxic effect on snakes, and they are extremely sensitive to this specific compound.

Not different to onions, garlic is also part of the genus Allium. This family of plants is huge and includes shallot, leek scallion, and chive varieties.

Where Alliums are considered safe for human consumption, their strong chemical combinations pose a real risk for some animal species, like snakes.

As discussed above, snakes have one of the strongest senses of smell in the entire animal kingdom.

As they use their long tongues to smell the air, so when garlic is used as a repellent, by touching their tongue against the Jacobson’s Organ, snakes can sense the toxicity in the air. The spores released by garlic penetrate the air and irritate the snakes.

Although garlic does irritate snakes, it is just not that effective. You can consider it as a mild deterrent but in most cases, snakes will just slither up to and past garlic.

How can you use garlic as a snake repellent?

When it comes to snakes, you can go for multiple ways through which you can make sure that snakes do not enter your property, One way to ensure this is having your surroundings sprayed with garlic spray.

Plus, you don’t need to spend money to buy expensive snake repellents. Thankfully, garlic spray is quite an easy-to-make home remedy that only requires about 4 cloves of garlic, 4 cups of water, half onion rings separated and a tablespoon of salt.

It does not take much effort to make a garlic spray, just boil the water in a saucepan or dish before adding onion and garlic. Boil it further for at least 5 minutes and then turn off the heat. Give some time to the water to sit for a few hours.

After you have boiled the water with garlic in it, get a spray bottle and empty the water into it.

Now you need to put in some salt and then shake the bottle until it forms a homogenous mixture. Spray the contents around the areas where you have seen snake or snake activity.

Along with garlic, you can also go for snake-repelling plants like the West Indian lemongrass, onion, marigolds, and mother-in-law’s tongue. These plant combinations will help you to make your surroundings unfavorable to snake presence.

The best thing about garlic is that it’s a natural and readily available product used for food and absolutely harmless to the environment. The use of garlic to repel snakes will pose fewer chances of experiencing side effects.