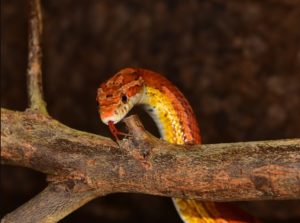 We don’t deal with snakes every day but they are important animals for multiple reasons.

As a matter of fact, they are actually quite different from other animals we know and many people are extremely scared of them.

Well, the fear is natural as snakes tend to use venom to defend their own skin when they feel being attacked.

Snake’s biorhythm is considered completely different in comparison to ours, due to their cold blood, making them very vulnerable to temperature changes which is why you don’t see them if you live in the city.

Well, all this snake discussion has a meaning as you are here to know about the snake trap.

Even if you don’t like to spend a lot of time outdoor, still you may need to know about how to make a snake trap.

Scenarios where you need to make a trap

As most of the people in the world live in a house, the chances are high that you may meet them in the garden, lying in the open sun, waiting to get warm. Also, they are also found in the basement, where it’s cold and humid or in holes in the foundation. Furthermore, snakes prefer dark, tight, and humid places and usually feed with small animals like baby birds, mice, eggs, and others.

So, there are multiple scenarios where you can possibly have an interaction with a snake in its natural habitat but the ones that may lead to snake trapping are mentioned below.

Assume, what if a snake decided to make a house in your garden and now you see it almost every day. If children play in the yard, the snake may scare or hurt them, so you better look for a trap. Or, you love to raise chickens in your backyard but lately, you noticed that they are getting fewer and fewer. After a proper investigation, you find out that a snake loves your chicken more than it should. You must consider building a snake trap.

You went to the basement and realized that it’s been occupied in the meantime. Why? well because a snake feels like home there. If you own a small snake and it escaped while you were not looking and now it has become an important need to catch it back.

If you need some snake venom for your experiments as the venom is quite useful in medicine or you are in the wilderness with nothing to eat and the only living way to survive is through snakes.

There are some different types of snake traps available. Some of these are very easy and simple to make. People often think of a snake trap as something difficult but the fact is that there is no need to go to a great deal of effort to trap a snake because simple traps are considered the best. It’s always better to know about different types of traps if you are dealing with them. There are some main traps mentioned below.

How to make a snake trap with ease

A Glue trap is quite a common snake trap used to catch other animals as well. You just need to use large amounts of glue or you can also cover a piece of wood with adhesive. You will need to arrange the following items: a large tray, a bait, and high-quality glue.

Now spread the glue on the plate and fill it with bait like insects or anything else which snakes are attracted to. Once you have put enough amount of glue and have enough baits in place, now take the plate out in the yard or where the snake usually passes. The moment the snake come to eat the baits, it will get stuck.

Make sure that the snake is completely glued to the plate before you come close to it in order to move it to another location. If you use too much adhesive on a wooden plate, you would require vegetable oil to get the snake off the plate. Don’t forget to put on your snake-proof boots and any other protective clothing during the whole process.

This one is the most interesting trap to assemble, especially if you prefer to do it by yourself. In order to make a wooden trap, you will need to get some equipment and materials if you do not already have them. Get some pieces of wood, nails or screws, and a hammer or drill.

It’s up to you whether you want to cut the wood into pieces on your own or request the person selling them to you to help you with cutting. The next step is to nail the pieces together to make your wooden box.

It is also called a ‘door wire funnel cage’ trap by many people. It is the most appropriate option for large snakes. But first, you need to buy the following items: A snake bait, Wires, and a wire cutter

After you have arranged the items, measure their diameter according to the size of a snake. It would be better to use a cable to construct two similar cylinders. Plus, also create a single funnel from the same wire. Don’t make a too big hole, keep it relatively small, such that the snake will go through smoothly but get stuck in it and couldn’t come out.

A bottle trap is quite similar to a minnow trap, the only difference is that here, you are using bottles instead of wires. Well, it’s only a better option for smaller snakes. You would need a bait, a pair of scissors, and a clan 1.5-litre plastic bottle

Don’t forget to clean and properly dry the bottle to make sure that no prior smell remains in it. Now just cut a small hole on the bottle with your scissors and put the bait inside. Leave the trap in an area that the snake will likely pass.