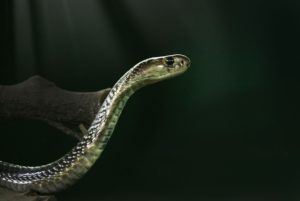 Many people would agree with the fact that in one way or another we all find snakes impossibly scary.

It is not only about their appearance which sends the chills down the spine but also their capability to inflict injuries and in some cases even fatalities.

Well, it’s not obvious to turn on your killing instinct when encountering a snake, killing them is not the only option.

It’s also not wise to leave everything to chance when camping or living out in an area infested with many different types of snakes.

In such a situation, the smart way to deal with snakes is through making a safe snake trap and ensuring everyone emerges out of the encounter alive.

It’s an obvious fact that not all types of snakes are dangerous or venomous, some are just completely harmless and are more of a nuisance than anything.

It does not mean that we feel relaxed about snakes as some are extremely venomous so it’s better to stay away from them. But sometimes it gets important to deal with snakes and capturing them using a trap is the best method of dealing with them. Read this guide to learn how you can trap a snake in your house.

What needs to be done in order to trap a snake in your house?

Snakes are among those animals that are misunderstood in the wild. They are feared by many and even in some cases hated. Well, that is quite unfortunate because in some cases snakes are completely harmless and considering the best case scenario they are helpful in keeping other pests like mice under control.

This is among one of the most common locations that people find snakes in. Obviously, It’s not surprising at all as it is very easy for a snake to hide in your garden especially if there is a lot of clutter. The same rule goes for identifying a snake. If you fail to identify it or think that it may be poisonous, then it’s wise to leave the trapping to the experts.

Traps work best in the garden because they resemble something that may even provide some sort of shelter to the snake. So, once the snake is trapped, it would be a good idea to clean the clutter that you may have there. Be aware of other snakes in the area while cleaning the clutter.

If you do find more snakes, just repeat the trapping process until they are all gone from that particular area. You would get surprised to see that it does not take that much time to free your garden from snakes. After you are done with cleaning, you can also spread kitty litter on your garden as a way to repel snakes from returning.

Eliminate snakes from the basement

Once a snake enters your basement it becomes a bit tricky to get it out of there. Well, not everyone has great lighting in their basement, and it is something very important to have in order to be more effective. If your basement has bad lighting then the possible best thing you can do is to make use of a snake trap.

The snake traps can easily be placed anywhere near a snake. The only problem is that not many snakes get fooled into going into one of these traps. Hence, you may have to do the trapping yourself. But If you are dealing with a poisonous snake, it’s not recommended to handle it yourself, instead, call a wildlife expert for help.

If you are definite that the snake is not poisonous as most of them are not, then there is no issue in catching it yourself.  Don’t take this job non-seriously, if you are plan to handle it yourself, make sure that the grab is as fast as the snake.

Eliminate snakes from the crawl space of a house

The crawlspace is surely the most inconvenient location in your house to find a snake due to the size and the lack of movement. In a crawlspace, obviously, it is quite hard for a human to be fast and a snake would have a speed advantage there.

There are two ways that you can try to get rid of the snake in crawlspaces. You can place multiple traps in the crawlspace in order to expect a better chance of getting the snake. Keep a check on traps often.

Plus, you may also need some motion sensors for the area. So you can try either sensor or sprinkle water. Finally, Just spread kitty litter in the crawl space area in order to keep the snakes from returning.

According to some people, it is better to use cat litter to stop snakes but in a crawl space, it would not be a good idea to crawl through dirty cat litter. Hence, the clean litter will be enough to keep them from crawling over it.