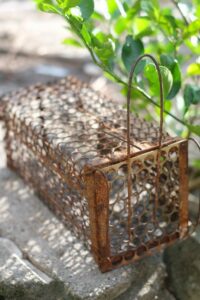 The use of a snake trap is an effective and uncruel way to deal with a snake problem. Those with frequent snake traffic around their properties know how these products work, but many wonder how to use a snake trap. Since non-venomous can also deliver nasty bites, it is better to know the right way to use beforehand than to learn through an experiment gone wrong.

I have discussed all the common types of snake traps produced commercially. You can choose the one that you find convenient to use. The entire process of using snake traps involves a few critical aspects. So, you will not find it difficult to know what you need to do. A good friend in the local wildlife control department explained all this to me in layman’s terms. I stated the knowledge in the same simple way to help you use snake traps properly, even in a first attempt. So, read it now and thank me later.

Snake traps are of various types. The most common ones that are readily available in the market are:

A glue trap is the most common and budget-friendly type of snake trap. It is either in the form of a wooden or cardboard sheet with a sticky layer on the floor of the trap. The adhesive substance sticks the snake to the trap, leaving it crippled.

Some glue-based traps are in the form of a box with an adhesive pad placed inside the box. These are best for the transportation of snakes.  When you feel comfortable releasing the snake, just pour regular vegetable oil on the sticky layer to loosen the glue. The creature will slither away.

Some glue-based traps are reusable, while others are for just one-time use. Another good thing about these traps is that they come in various sizes, allowing you to pick the trap according to the size of the snake.

This type of trap is basically used for capturing fish – evident from the term ‘minnow. However, people also use it for trapping snakes. Its shape is cylindrical that gets narrower towards the ends, like a funnel. The openings are inverted inside the trap, which makes it harder for a snake to get out once it crawls in. People place fresh eggs as bait to lure the snake inside the trap.

One drawback of these traps is that the snake can flee the second you open the trap. Therefore, experts advise you to use them only for non-venomous snakes.

Another alternative is a maze trap. A maze trap is usually composed of wood or a super-sturdy board. Its wooden channel rotates throughout the trap, making a path for the snake to crawl inside. You can use bait to lure the snake and then close the lid to ensure it doesn’t get out. Remove the cap when you find it safe to release the prisoner.

How to Use Snake Trap

Those who wonder how to use a snake trap don’t have to anymore. You just need to pay attention to some technicalities to make the trap effective.

The success of the trap mainly depends on the location you choose for placing it. Irrespective of the type of trap you use, place it in an area with heavy snake traffic/activity. The most common and effective places for setting up traps include your basement, attic, garden/yard, chicken coops or nearby birdhouses.

Tip: A good hack is to set the trap to make it look like a part of the surrounding.

If you are using a minnow trap, place the cylindrical tube sideways.

In case of a minnow trap, place the bait eggs in the middle of the trap. You will come across many commercial substances that smell like live bait. Besides, some traps already have scented bait to attract snakes. However, the success rate of this inanimate form of bait/food is low because snakes don’t like dead meat; they prefer only live prey.

Snakes love to eat mice or rats but keeping them in place is quite challenging. Therefore, animal control experts advise you to use fresh eggs as bait because snakes are fond of eating those too.

Most snake traps come with a lid or cover to prevent overexposure to the sun when the mischief-monger is trapped. But, if your chosen trap doesn’t have a cover, then you should set it up in a shady place.

Once you have set the trap, it is best to check it daily to tackle the prisoner on time. Otherwise, it will die and rot, which is both unsanitary and cruel.

If you have used a box glue trap, carefully unlatch it to check whether there’s a snake inside or not. You can also guess by picking it up to see if it feels heavy or weighs the same.

Minnow traps are a better alternative because the trapped snake is in plain sight inside the funnel.

Whether large or small, venomous or non-venomous, you are supposed to tackle the snake gently and carefully. People familiar with snakes are comfortable with handling them on their own. People like us, not so much. Come on, man, even a non-poisonous one can deliver a painful bite. Ouch!

If you aren’t sure about the type of snake, don’t try to handle it yourself. Many commercial traps are designed in such a way that will not let you get too close to deal with the prisoner. You can loosen the adhesive with oil or spray and get back to a safe distance to let the creature crawl away.

To keep your children and pets out of harm’s way, it is better to keep them indoors when handling the trapped snake.

This is the most critical part of the entire episode because you need a good knowledge of local regulations regarding the relocation of snakes. Carry the entire trap in your vehicle and drive at least ten miles away from your residence. Transport the snake to an area where it can survive but doesn’t have people living nearby. Otherwise, you will be putting someone else through hell. For instance, release it in a state park or a forest a couple of miles away.

And tada…your problem is solved.

Using a snake trap doesn’t involve any rocket science. The entire process is pretty straightforward if you know what type of trap will work for you and what place will be most suitable. Once the slithering monster is trapped, you can easily transport it to a faraway place to ensure sure it doesn’t find its way back to your doorstep.