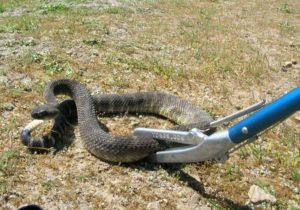 Snakes are less likely to seek human company if they can help it. If snakes could talk, they would warn you: “don’t mess with us, and we will not mess with you.” Their minds are one-track like that.

Yet, we come across stories of people being followed by snakes. Oh no, they are definitely not playing “tag” with you when that happens. According to naturalists, a snake chases a human when its fight or flight instincts are being triggered. In our panic, we often misinterpret this defence mechanism of snakes. They avoid striking you if left alone.

So, your best course of action is to flee the scene quickly when a snake chases you. Engaging the creature will put you at unnecessary risk, increasing the probability of snakebites. There are several steps that will help humans survive such encounters without suffering any pain. Read on to find out what you need to do if a snake chases you.

Snakes aren’t of the habit of chasing humans — naturalists say that. So, when a snake moves in your direction, it could mainly be because of two reasons.

What to Do if a Snake Chases You?

Who cares why the monster is chasing you, right? The fact that it is approaching you is the real problem. What to do when that happens? There are a couple of things that you could do to get out of such a concerning situation unscathed.

You can avoid such chases altogether by being mindful of your environment. Make loud noises or stomp your feet when passing through areas that appeal to the snakes. That will alert them of your arrival beforehand, giving them ample time to move out of your way.

If possible, identify the snake. There’s no strict way to identify a poisonous snake. However, there are some traits common in venomous snakes, most of them. For instance, a pit viper is a venomous snake having a triangular head, elliptical-shaped eyes and heat-seeking pits on its snout.

If identification is not possible for you, there’s another thing that you could do to realise whether you’re in immediate danger or not. Observe the snake’s body language. Oh no, there’s no need to get up-close-and-personal to do that. You can do that from a distance. If a snake keeps lying on the ground, it will likely slither away without attacking when you approach.

Alternately, when a snake coils its body or rears its head up like a cobra, that is an aggressive posture that spells trouble for you. Take that as a warning sign. Halt your movement immediately and retreat quickly.

It’s easier said than done, but try not to panic. Try to remain as calm as you can. Any sudden movement on your part might startle the snake and put it in attack mode. Yeah, you don’t want that.

You will less likely be perceived as a threat if you slowly and cautiously move away from the creature.

Don’t engage the animal when you see it lying in your path. Trust me, people, snakes have no desire to get close to you. Instead, they love it when you leave them be. If possible, run as fast as you can in the opposite direction when a snake chases you.

If you can’t head in the direction, give the creature a wide berth to flee. Remember, snakes are less likely to strike when not poked or provoked.

When a snake approaches you, don’t try to be a hero and capture it. This unnecessary daunting feat often leaves you with a snake wound. Run for the hills when you come across a snake. It would be wise to call a professional and ask him to remove the snake from the vicinity.

If it is possible for you, take a snap of the snake without agitating it. You can show that picture to the professionals to help them capture it.

What to do if a Snake Bites You

The first and foremost advice that medical experts give is to remain calm. Panicked or rushed movements risk the spread of venom at a faster rate. Keep an emergency kit with you to handle such encounters.

It is uncommon for snakes to chase people down when not disturbed. However, there are real-life instances where they do run after people. It is a rare occurrence and usually happens when a snake is being hurt or cornered.

The best way to avoid being followed by a snake is to stay clear of its path altogether. As long as the peace of a snake isn’t disturbed, it will not attack you.