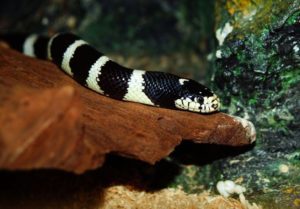 Many of us just don’t like snakes regardless of their benefits or usefulness.

If you live in an area where snakes exist, you would probably be looking for ways to avoid snakes and keep them away from your house.

There are almost over 3,000 species of snakes on the planet, so it can be quite challenging to consider an area on earth without them.

In fact, snakes are found on every continent except Antarctica.

Like many animals, snakes also have a strong sense of smell, which they use to access food sources.

Many people take advantage of this trait by using scents that repel snakes, scents like clove oil, cinnamon, and eugenol are considered common snake repellants.

Plus, you can rely on this information as by the Animal and Plant Health Inspection Services, only these scents are recommended to repel snakes.

So if you are motivated to tackle snakes in your area yourself it would be better to learn about scents that snakes hate.

What Smells Do Snakes Hate? Scents that make snakes uncomfortable

Cinnamon and clove oils contain a chemical named eugenol, which has a unique smell that snakes just do not like as per the Animal and Plant Health Inspection Service.

You can easily use such oils by putting them together in spray bottles and then diluting them with water. Keep in mind that this spray might irritate the snake if sprayed directly onto the snake’s skin.

Well, many people are not careful while using it. It’s very commonly used as a natural remedy in the yard or garden. Spraying is slightly an aggressive way to discourage their presence but it’s surely an effective one as well.

Smoke has been an effective practice used to repel some animals for centuries. As almost all animals are born with a basic instinct to protect themselves, they usually prefer to stay away from it unnecessarily.

It’s true that the smell of smoke is not liked by snakes. This is the reason why many people think that open fire in a campground can protect them from snakes.

Many people think that even a small fire pit which is made with pieces of small rock and wood would scare them. Honestly speaking, It is enough convincing, especially when we know that snakes are cold-blooded and are mostly attracted to heat.

Considering the fact that snakes don’t have eyelids, it might be quite irritable to their eyes. So, onion or any other garlic, which similarly contains sulfonic acid can be used as homemade snake repellents. In simple words, the smells of garlic and onion are just too strong for the sensitivity of snakes’ senses.

If you want to keep it in a spray bottle, just smash Onions and garlic bulbs together and mix with water to use in a spray bottle. The smart way of doing it using fish emulsion to save time and energy, Instead of using small spray bottles. Well, Some people also create a barrier by spraying the mixture around the boundary of the house or yard instead of spraying it to the whole area.

If you want to know what is the most extreme scent that snakes hate, it is Ammonia. It is an invisible, scentless, and dissolvable gas that can even kill snakes by burning and irritating their skin.

Many gardeners use it in a spray to push back snakes from the garden. In order to repel snakes using Ammonia, spray it around a house, over rocks, under doorways, and places, where you are sure of their possible habitats. This would discourage them from coming near.

Moreover, many people also use it to cover some scraps with it and put them in an enclosed bag. placing the bag in the same areas will repel the snakes. It is strongly recommended to be careful with ammonia because it is just not only harmful to snakes but can cause serious health issues to humans.

Though you can try to repel snakes on your own, it might only be right to do so if you cannot hire pest experts. Otherwise, the most appropriate way to eliminate or discourage snakes from around your home is to contact a pest control service provider.

The above-mentioned remedies are just general examples, for learning purposes, and may not be precisely suitable for your pest control requirements. It is considered wise to consult a professional before making any serious pest control decisions.