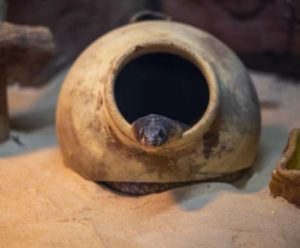 The only way to keep off the danger is to know about its fuller insights. For a creature like a snake, many people will fear and have panic attacks the moment they see it crawling towards them, or anywhere for that matter. However, things become instantly favorable when you know how to deal with them.

For a question like when do snakes come out, you need proper research and that is something that can save you from getting bitten by its venomous bite. If you are someone who likes to spend time out, or maybe you have late hours working, you should definitely be aware of when snakes come out. So let’s read this article before you see a snake!

When Do Snakes Come Out

Usually, snakes and reptiles have the best hunting time at night. However, if you talk about their “season” of coming out or when they are more active than it would be March or April in the United States.

Similar to most reptile species, snakes are ectotherms too. It implies that they need a heat source to make their metabolism powerful or efficient in working. However, snakes come out during the night time to hunt their prey. Snakes are of many kinds, and that readily impact their routine of prayer and overall being. When it comes to hunting, it is pretty common that creatures like reptiles are more active during the nighttime than that light.

However, it is not uncommon to see a snake in the daytime as well. Snakes are tough creatures. That is the reason why they can survive at extreme temperatures and pretty vulnerable environmental conditions. Each part of the world has snakes with different breeds. However, if you talk about the American southeast and Mexico areas, snakes usually come out for more time than if we compare it with Canada and northern states.

Although this could be due to environmental changes, the role of temperature is another underlying factor for their being all active. Mostly, snakes are more active in the early mornings if we talk about spring mornings on summer days

Most of the snakes will go into a state of brumation. This is the state in which most reptiles that are cold-blooded do not eat and hence their heart rate along with respiratory system drastically slows down. However contrary to the common belief, the brumation state of reptiles enhances their overall life span and makes sure they are all healed and in sound condition.

Snakes and reptiles of similar kids usually come out during the night. However, if you talk about their season and overall time span for hunting, then it is most apparently summer. However, you should not think that a snake will only come out on summer nights and not in winters at all. As mentioned above there are multiple kinds of snakes out there and depending on the species and the geographical environment, it is no wonder if you see a snake early in the morning!