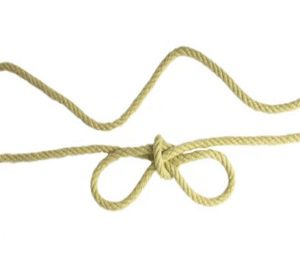 Snakes are full of mystery. That is the reason there is so much speculation about them and their queer ways. While there are many odd facts that are true for snakes, there are many misconceptions and false beliefs that many people blindly trust as well.

And one of the quite common questions about snakes is; will a snake cross a rope or not. Snakes are pretty much capable of almost anything.

For instance slide through tights spots and their unnoticed stealth mode is something that adds to their dangerous personalities. If you work at a construction site or somewhere with lots of ropes around, this article would be a helpful read for sure.

Will a Snake Cross a Rope

When it comes to snakes and their speed, you have a surprising sight to see. Since snakes are pretty adaptable for their body and can slide beneath many tight spots, it also comes true to the rope. A snake will most likely cross a rope just like it crosses onto a leaf of other ground stuff.

So if a snake really wants to cross the rope, it will. Majorly, it all depends on the musculoskeletal design of the snake and changes in their environment.

Obstacles and hurdles do not matter for snakes as a rule of thumb, especially the ones that are on ground level. However, there are some snakes that might want to find another way to crawl over the rope. But that does not mean that all snakes are not capable of crossing the rope. Therefore, if you have trapped a snake with ropes around it, don’t get fooled into thinking that it won’t cross it at all.

However, in reality, that totally depends on the type of the snake and its preference. Moreover, the species of snake greatly determines its behavior and overall choices towards anything it does. Facing danger certainly changes one’s attitude towards making choices and the same thing goes well for a snake as well.

Many experiments have been done just to infer whether the snake will cross the rope or not. For that, experts and researchers have sent the snakes to cross the ropes or climb on them by selecting strings of diverse widths and tensions. However, the result was that snakes can certainly climb ropes, but with some difficulty. For instance, narrow and thin ropes can be a challenge for snakes to cross.

How did cowboys keep off snakes?

Earlier when things like Snake Repellents were not common there were ways to trick snakes. Cowboys use strange yet successful methods to avoid snakes coming near. For instance, there are certain smells that snakes are pretty avoided.

Snakes are dangerous and that is true of the fact they are unpredictable. For rope climbing, you cannot pass a judgment about whether it won’t cross the rope at all since there have been cases in which it crosses without any problem. However, in many cases, it is also seen that a snake would cross the thicker rope easier, than the narrow one. So the conclusion is that most of the snake species will cross the rope like a walkover.