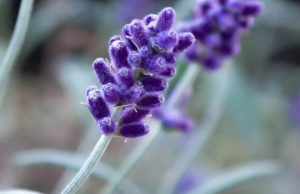 Whether you like it or not, snakes are part and parcel of our ecosystem. So, getting rid of them for good isn’t an option. That doesn’t mean you have to bear their presence around your house, especially when it could compromise your and your family’s safety.

Several plants are used to make snakes go away and never return to the respected territory. Lavender is one of those plants that is believed to repel snakes. However, there’s a contradicting opinion as well. You will come across material claiming that lavender doesn’t deter snakes. We will dig further into it to let you know whether lavender repels snakes or not. In addition, we will share other plants that you can trust to bar these critters from invading your space.

Before you start choosing snake repellent plants, first rid your house of all those elements that attract them in the first place. Features like an abundance of food supply and refugia entice them. Addressing these issues will make your property uninviting for them.

Snakes have a heightened sense of smell, which is why they’re sensitive to strong or putrid smells. Use this weakness to your advantage and grow anti-snake plants to deter them. People in many parts of the world believe that lavender is one of those plants.

Yes, who knew the plant that we find pleasant-looking and aromatic could be a bane for serpents. Although many people claim that it has a repelling effect on snakes, there isn’t much concrete proof supporting these claims.

There is another issue that also hints at its ineffectiveness against snakes. This plant grows and spreads rapidly. Due to this reason, it is often placed among weeds. Long story short, it isn’t the best option for keeping snakes away as it is high-maintenance and offers a hiding place for snakes.

Lavender is also considered a stress reliever. People have shared their experiences after using lavender oil spray on snakes. It had the same calming effect on serpents; it made them docile and less aggressive. Well, this is the total opposite of the term “snake repellent.”

So, it is safe to say that you cannot rely on lavender alone to discourage snakes from visiting your place.

You cannot count on one anti-snake plant to unanimously repel the snakes. Wildlife and pest control experts believe that a combination of snake-repellent plants create an effective snake deterring barrier.

A mixture of these will create a reliable anti-snake environment around the premises. Some of their names are as follows:

There is a wide consensus that cinnamon and pepper oil sprays are very effective against snakes. Both give off strong aromas that snakes dislike. Other essential oils like cedarwood and clove can also be trusted to keep snakes away.

It is another best choice for creating an anti-snake barrier in your garden/yard. This plant is preferred mainly for its fast-growing roots and aggressive scent. The overwhelming odour repels both snakes and pests. An added benefit is that its vibrant flowers enhance the beauty of your lawn.

Another reliable recommendation is Lemongrass. Its citrus aroma forces both snakes and ticks to stay away from your residence. Furthermore, Citronella —a by-product of this plant— also keeps mosquitoes at bay alongside serpents.

Mother-in-Law’s tongue is another well-known snake repellent plant. Instead of aroma, this plant resists the snake with its appearance. Its sharp-looking leaves scare the snakes; they hesitate to come closer. It is also beneficial because of the high oxygen rate and low maintenance.

Garlic and onions are also famous for discouraging snakes. Both give off biting and sharp smells that snakes find stifling. Moreover, garlic clove also produces an oily residue that disorients these legless beasts when they try crawling over it, just like pepper spray does. You can sprinkle crushed garlic nearby patios, pools and other outdoor spaces to deter snakes from the neighbourhood.

Other plants that have shown promising signs while battling against snakes include wormwood, tobacco, skunk cabbage and pink agapanthus (sweet garlic).

Snakes around the house are a problem for many homeowners. That’s why they show interest in knowing whether strong-scented plants like lavender can keep them away or not. The reliability of lavender is 50-50 as it lacks scientific proof. No worries, dozens of other plants are well-known for repelling snakes and other garden critters. However, it isn’t wise to count on only plants or a single plant to offer guaranteed protection against these creepy creatures. Making your property unappealing alongside using a barrier of different anti-snake plants will undoubtedly relieve you of the snake problem.