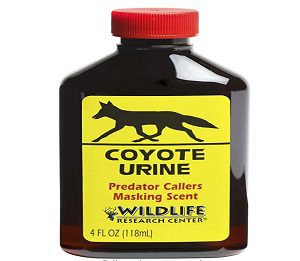 When there is a fear of anything, people invent ways to deal with it. Some works and some stir a debate about it. For reptiles and snakes, there are so many theories and myths associated when it comes to keeping them off that it becomes no less than a challenge to pick which one is true and which one is not. Therefore, does coyote urine repel snakes is still subjected to a doubtful approach!

Although snakes do not usually live in a human house and they will preferably live in an area that is well-hidden, dark and has nothing to do with the rush, still if it happened to be in your house you will certainly opt for the tip that says “keep off snakes by doing this”.

And if you have a pet that can work wonderfully well to get rid of snakes you should know about it too. So if you have a coyote in your home, this article is going to be a worthwhile read!

When it comes to keeping off snakes, you are lucky to have Snake Repellants at hand. But if you are concerned about coyotes’ urine, it possibly does not work well for snakes to keep at bay. However, fox urine can give you reliable results. Since snakes have powerful and sensitive smelling capabilities, if you use fox urine as a natural repellent for snakes it would keep your property free from snakes, as per many people’s experiences.

Coyote is smaller than the wolf which is its relative family member and it is pretty similar to the wolf as well. However, its urine is not snake repellent. You might have seen people selling mothball flakes i.e. naphthalene or the sulfur material saying it would work as an excellent remedy to repel snakes. However, the sad truth is it won’t work for snakes, but for emptying your wallet.

Whoever is selling the coyote urine in the name of snake repellent, is not only selling the fake products but also spreading the false belief about its being a snake. But, there are many things, tips, and tricks that work well for keeping snakes from entering your house.

What are the natural repellents for snakes?

When it comes to natural snake repellent, the chances of result become somewhat doubtful. This is because there are so many factors acting upon it. First of all, you should know what snake is allergic to which thing or smell.

And other than that you need to check the purity of the substance if it’s efficient enough to deal with snakes or if you have just bought some false formula or spray. Mostly garlic, onion, clove oil, and cinnamon keep the snake due to the sharp and pungent smell that snakes are not fond of.

It is pretty sad that people are selling formulas and products that are fake for doing their job. For a dangerous creature like a snake, most people would buy anything that is claiming to keep them away since nobody wants to take a chance. Still, if you are worried about snakes in your home you should first make sure there are no mice and rodents that are attracting snakes. Mostly snakes follow rodents for hunting