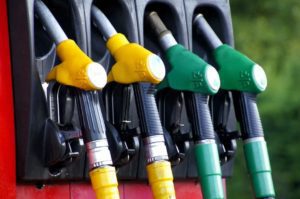 Reptiles such as snakes are some of the wildest creatures that would freak out a lot of people.

Things get even worse when they get into homes, gardens, yards or other human spaces.

Deadly snake bites are expected from such close encounters.

Well, there are several ways to avoid such scenarios.

Some make use of different substances that snakes do not like, and cover the area with such substances to stop snakes from entering their property.

As we all know that diesel is among the most readily available fuels that are used in diesel engines.

Such engines include those generators, trucks, barges, boats, and trains among others.

Other than being used as a fuel, it is also considered as a snake repellent.

Is it true that diesel keeps snakes away?

There is a misconception that confuses people about the relation between snakes and diesel, many people have the wrong knowledge about diesel being a snake repellent. It is just not an effective snake repellent.

Snakes never drink diesel and neither they die after inhaling the fumes.

The only possible exception that makes sense is that they have ingested it enough accidentally and reached a level of toxicity.

Although snakes are blessed with a strong sense of smell, there is no authentic chemical that definitively repels them.

You might have heard of some companies that claim to have made the most effective snake repellents. Whereas, in reality, all of these materials are subject to debate, including diesel.

All there rumors that you have heard about diesel being a snake repellant are without any definitive proof. The idea of sprinkling or pouring it around the home has no ground base.

Even if it was a way to repel reptiles, still it’s is an inefficient way of dealing with snake invasion. Why?  the environmental laws would be violated if this practice of repelling snakes were widely adopted by people.

Why do people confuse diesel as a snake repellent?

The concept of petroleum poisoning is behind all the confusion that has been misleading people for many years.

Many people consider diesel as is a good repellent against snakes only because it is a petroleum product. In some cases, it’s a fact that animals can die if they ingest or inhale a certain quantity of petroleum.

As you might have heard before that crude oil contains many types of aromatic hydrocarbons. Some of these are toluene, benzene, xylene and ethylbenzene.

These compounds can have serious effects if If ingested. Most of them have hemotoxic and neurotoxic effects that harm the brain.

Dogs, Cats, and other observable animals just hate the smell of gasoline or diesel. So, even if such petroleum products are not directly poisoning pet animals, they do cause a burning sensation.

This observation is the reason why some people believe that if pets hate diesel, then it will also work on snakes.

If not diesel then what should be used to repel snakes?

As discussed above even if diesel could be used to repel snakes, it would not be considered an appropriate way as it will harm them and may harm other pets around your house that never bothers you.

So in order to get rid of snakes without harming them, there are many natural snake repellent ideas that can be used.

Like many other creatures, reptiles also dislike garlic. You can use any oil to make a spray by chopping garlic cloves.

Fill the garlic in the oil for a few weeks, they strain over time. Now transfer the oil to a spray bottle and carefully spray it around areas where snakes are known to hide.

Clove, cinnamon, and cedarwood essential oils can be used to repel all snakes.

The reason why oils are also used as an effective snake repellent is that snakes think the oils will melt the scales, therefore they prefer to stay away from them.

Though it’s hard to believe they work to keep snakes at bay.

It’s not a popular method to repel snakes using lemongrass plants, but it does. You can plant some around the perimeter of your garden,  garage or home to stop snakes from entering your premises.

Note that lemongrass bunches can get really large, it is important to keep an eye on them.

Like lemongrass, wormwood also helps in keeping snakes away. Keep an eye on it too, as it can also spread rapidly.

Snakes often try to get into birdhouses for the eggs. They like bluebird houses the most because they are on a post.

You can plant rose bushes at the bottom of the post and then wind the stems around the post. They can be great as a snake repellent.